If you are in need of a new digital piano then we have just the answer for you here at Chase Direct – a Kawai digital piano. Kawai have long been a leading brand when it comes to digital pianos but many people are unfamiliar with them. END_OF_DOCUMENT_TOKEN_TO_BE_REPLACED

Many people know that when it comes to acoustic grand pianos, Steinway is considered by most people to be the crème de la crème. Steinway pianos come with prestige and the name alone commands respect. Of course, there is a reason for this – Steinway pianos make an unbelievable sound and are crafted by expert piano makers. END_OF_DOCUMENT_TOKEN_TO_BE_REPLACED

“When the United States and Cuba announced they would normalize relations in December 2014, it signified many things, and one: change.”

From that moment back in 2014, Cuba experienced a vast influx of investment, tourists, and cross-cultural interactions. Not long ago, there was a moment that will go down in history that happened to take place in Havana’s musical-arts scene. A handful of musicians from all over the world performed in Havana’s Cathedral Plaza on a Steinway piano, the first new American piano to have been imported into Cuba since the revolution, reported the New York Times. 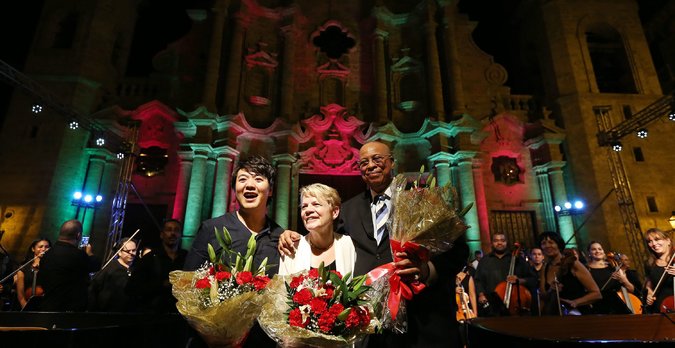 END_OF_DOCUMENT_TOKEN_TO_BE_REPLACED

Last week Valery Gergiev took on the astounding task of putting on all five Prokofiev piano concertos in one prom. Having performed in many BBC Proms myself under the likes of Daniel Barenboim and Gustavo Dudamel, and having been part of the Beethoven series back in 2012, I can truly appreciate how mad this concept really is. The result was one to be applauded and marvelled at!

Gergiev has in fact managed to tackle this impossible task once before, back in 2012 in Russia – an event that is still talked about now. The programme saw three original pianists (Daniil Trifonov, Sergei Babayan, and Alexei Volodin) brought over from Russia tackle the fiendish Prokofiev concertos with what appeared to be unreserved grace and beauty.

Time to get to know Prokofiev

This prom was a fantastic opportunity to get to know some of Prokofiev’s lesser known works, including the END_OF_DOCUMENT_TOKEN_TO_BE_REPLACED