As it’s coming round to the new year, many people are thinking about new things they can do and buy, and there are people out there who are now considering upgrading their battered old upright piano for the new year. After all, new year, new start, right?! END_OF_DOCUMENT_TOKEN_TO_BE_REPLACED

This week in piano news, something somewhat unexpected has happened. A rapper from a group called Goldie Lookin Chain has written a 17-track album called Piano Solos under the name ‘Rhys from GLC’. Goldie Lookin Chain is a controversial rap group from Wales, famous for titles such as Your Missus is a Nutter, and Half Man Half Machine.

END_OF_DOCUMENT_TOKEN_TO_BE_REPLACED

Brace yourself Manchester, One Direction are coming!

Despite opinion of the band having been spilt following wonder boy Zayn Mailk ‘s controversial decision to leave the band to concentrate on his personal life, the One Directioners are still out in full force, obsessively backing the band and their relatively awful pop music across the world.

END_OF_DOCUMENT_TOKEN_TO_BE_REPLACED

Not for the first time, a cat has acted as the inspiration for a piano recital. With cats being such a huge internet sensation it isn’t really surprising that they are now taking over the online music scene as well. With the rise of celebrity cat superstars, and cat cafes, next thing we know cats will be taking over the world.

END_OF_DOCUMENT_TOKEN_TO_BE_REPLACED

Winnipeg in America is now the new home to one of the rarest, priciest, and most impressive grand pianos around today, and somewhat surprisingly, it belongs to none other than a 10 year old local piano prodigy who is apparently destined for great things in the music world. The ten year old in question is Sarah Shing, who is now the proud and incredibly lucky owner of a Fazioli concert grand piano (which is worth a hefty sum), which was purchased from Vancouver-based Showcase Pianos. Sarah, who is currently a grade 5 piano student, (who has also won gold performances and music scholarships as well as having performed with the Winnipeg Symphony Orchestra), said she first saw the Fazioli concert grand at one of the most esteemed piano competitions in the world. Each Fazioli piano takes up to a whopping three years to make, according to Vancouver-based Showcase Pianos, which sells the rare and exquisite Italian-made pianos in western Canada. 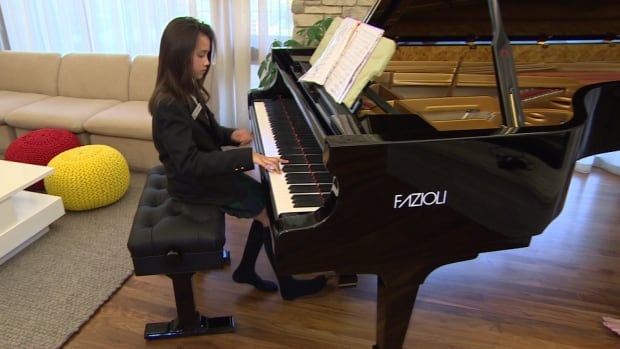 END_OF_DOCUMENT_TOKEN_TO_BE_REPLACED

Ustad Bade Fateh Ali Khan was once a regular at the Manchester based Asian School of Music. The Asian school of Music, as known by some, is the sister school of the London synthesiser school which comes under the umbrella of Chase Music, known for their world class, top of the line digital pianos. Now specialising in top range electric pianos and digital keyboards, it has been a while since the establishment was graced by Bade Fateh Ali Khan, but in his heyday he performed concerts of a world class standard in the recital hall of the Asian School of Music.