It has come to public attention recently that there is such a thing as a Toy Piano Festival. This is effectively exactly what it says on the tin; a music festival dedicated entirely to the toy piano! It is happening in Queens in America for the first time next month and there are many people who have started to get very excited about the prospect.

The festival has been dubbed the “UnCaged Toy Piano Festival” and is due to take place on December 4th and 5th and feature a grand total of three events, one of which is a concert at the Museum of the Moving Image — to spotlight the sound of the miniature instrument. This event is sure to go down a storm with any fan of the toy piano! 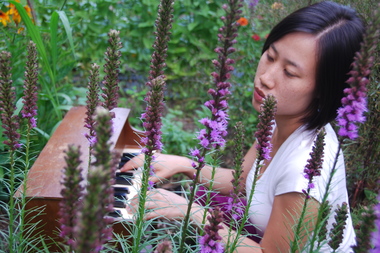 Musician and composer Phyllis Chen said of the toy piano; “It sounds like bells”. It was Chen who decided to start hosting the festival in various venues in Manhattan in America back in 2007. Initially the festival was conceived as a composition contest to encourage more people to create scores for toy pianos, and over the years it has grown into something bigger and better. Now the whole event has expanded grown into a worldwide event, drawing toy piano players and fans from other states and countries.

“It seems to conjure up lots of feelings of nostalgia,” Chen said about the festival, which looks like a tiny version of a traditional upright piano but uses metal rods to create its sound rather than the traditional hammer action on string. Of course there are actually a very many different kinds of toy piano available now and digital toy pianos have really taken off. The electric piano version of the instrument normally makes a traditional piano sound, but there are some variants where you have the option of switching between the different voices! The advantages of digital pianos!!!

This is the first year the UnCaged Festival is taking place in Astoria in Queens, according to Chen, who’s lived in the neighbourhood for eight years. She has announces that she wants to host it here to highlight some of the new venues that have opened recently and use it to highlight the area in general and give it a bit of a showcasing.

“There are so many great places to go,” she said. “I just wanted to give the neighbourhood a little bit of a boost.”