Ustad Bade Fateh Ali Khan was once a regular at the Manchester based Asian School of Music. The Asian school of Music, as known by some, is the sister school of the London synthesiser school which comes under the umbrella of Chase Music, known for their world class, top of the line digital pianos. Now specialising in top range electric pianos and digital keyboards, it has been a while since the establishment was graced by Bade Fateh Ali Khan, but in his heyday he performed concerts of a world class standard in the recital hall of the Asian School of Music. 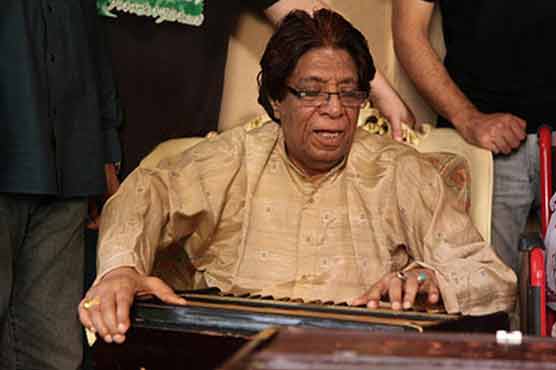 Ustad Bade Fateh Ali Khan has long been recognised as one of the world’s gretest Asian Classical musicians, and in the 1980s he was a visiting musician to the world esteemed Asian School of Music where he inspired many students.
Ustad Bade Fateh Ali Khan has been one of the most widely celebrated Khyal vocalists in the country for the past 40 years and continues to demonstrate his musical prowess on a regular basis to this day. He is considered to be a leading expert on the Patiala Gharana and is the younger member of the singing due known as Amanat Ali – the other member being Amanat Ali Khan. The singing duet were incredibly popular and reached audiences all over the world.
Fateh Ali and his brother received training from their father, Akhtar Hussain Khan who was condidered to be one of the world’s greatest singers in the patronage of the princely state of Patiala in British colonial India. Their grandfather, Ali Baksh also played a part in the musical education of both brothers and was a cofounder of the Patiala Gharana. Both brothers received a huge amount of encouragement from the family showed vast amount of promise from young ages.

After the partition of India in 1947, the family of Bade Fateh Ali Khan migrated to Pakistan and although the success of the brothers continued, Fateh Ali Khan was dealt a severe blow when his brother passed away in 1974 following which he is reported to have sunk into a deep depression for over a year.
Bade Fateh Ali Khan started up his musical career again, but this time with his younger brother and nephews. This group gained musical fame and performed across Europe, North America, the Middle East, and South Asia and a number of recordings were released, including the fantastic, but highly unusual collaboration between the group and world class Norwegian saxophonist Jan Garbarek.
Today, Ustad Bade Fateh Ali Khan still plays concerts, albeit far less frequently due to his age. He remains an inspiration to many within the realm of Asian classical music and no doubt will continue to be for many years to come.