Adam Faith would have been celebrating his 75th birthday today and as a teen idol in the ‘60s everyday was a party. Adam Faith was known for his ‘Bay-beh’ pronunciations and hiccup-styled lyrical delivery which together with John Barry’s mammoth musical arrangements made for a heady combination. ‘What Do You Want?’ was one signatory track that highlighted the Adam Faith trademark and was cleverly crafted with Barry’s pizzicato string scoring to echo the Adam Faith’s vocal mannerism. As part of the Faith entourage a full orchestral backing rather than a minimalistic line-up of guitars, digital piano and kit was also usual brimming with featured strings. John Barry always inclined towards scale – so never ye of little faith here!

END_OF_DOCUMENT_TOKEN_TO_BE_REPLACED

As Peter And Gordon will tell you; the rolling ‘60s was not ‘a world without love’. The duo’s 1964 single of the same title was cosily sandwiched between two other chart hits of the same pop ilk; the Beatles ‘Can’t Buy Me Love’ & the Searchers ‘Don’t Throw Your Love Away’ where Peter And Gordon enjoyed their own little piece of the British Invasion jigsaw.

‘A World Without Love’ was a Lennon-McCartney signatory scored as a pop track with a folkish bent as the Peter And Gordon accompanied on acoustic guitar, digital piano and drum kit. Their soft vocal execution and dour lyrical content made for an easy-listening sound that added to the diverse pop repertoire of the day and just as Lennon had reportedly nodded in amusement to the first line of McCartney’s lyrics ‘‘Please lock me away’’ so the memory of Peter And Gordon is locked away as a piece of precious pop.

END_OF_DOCUMENT_TOKEN_TO_BE_REPLACED

It would seem that Sleeping At Last has wrapped its loving arms around an appreciative public by way of a beloved woolly scarf. The alternative rock band from Chicago has teamed with Nationwide Building Society to create an emotive advert that belies a message of safety and assurance through the years as the burgundy chunky knit ties well beyond the proverbial knot. ‘I’ll Keep You Safe’ is sung by frontman Ryan O’Neal; a beautiful ballad with a personalised touch and just like the metaphoric scarf acts as a comfort blanket with its tender, soft-spun lyrics and delicate digital piano clusters. ‘I’ll Keep You Safe’ is a complete lullaby that suggests and cajoles from the onset as Sleeping At Last beguiles us into a contented trance-like state.

END_OF_DOCUMENT_TOKEN_TO_BE_REPLACED

Yesterday Sir Paul McCartney MBE celebrated his 73rd birthday. He hasn’t lost his musical wings and is still flying high as the self-made musician swooped from lowly Liverpool roots to multi-millionaire but knows all the glory still can’t buy him love. As a talented singer-songwriter and multi-instrumentalist, Sir Paul McCartney started out on life’s journey with little more than help from his friends and today this Beatle prefers performing in a more minimalistic setting as a soloist. He can be still be seen with guitar in hand or seated at his digital piano performing past and present repertoire and though his music spans the decades – he is no walrus and is still flying high.

END_OF_DOCUMENT_TOKEN_TO_BE_REPLACED

Lamont Dozier is the man behind the music when it comes to Motown. Today he celebrates his 74th birthday, we look back on his standing as an iconic singer –songwriter and record producer who wrote and co-wrote a multitude of hits. He reeled off songs like a Motown machine in the 60s and helped artists like Phil Collins and Alison Moyet rise in the ‘80s due to his song-writing input to sounds like ’Two Hearts’ and ‘Invisible’ respectively. Lamont Dozier knew all about how to tug at heart strings with his emotive lyrics and enchanting digital piano melodies; all packaged in a musical styling that sped to the top of the charts. Perhaps he should be known as lament rather than Lamont Dozier… 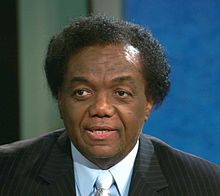 END_OF_DOCUMENT_TOKEN_TO_BE_REPLACED

East 17 is making it all alright with their dance pop hit of the ‘90s. The mighty hit of previous decades has made a comeback courtesy of mobile giant ‘3’; whose present campaign transcends from ‘’when stuff sucks’’ to making it right. Fronted by muppet Jackson, the little purple guy goes from rain to shine as it gets it on with the East 17 track. ‘It’s Alright’ undergoes a metamorphosis from waning digital piano ballad to an energetic dance off as Jackson regains his street cred and all is well with the world. 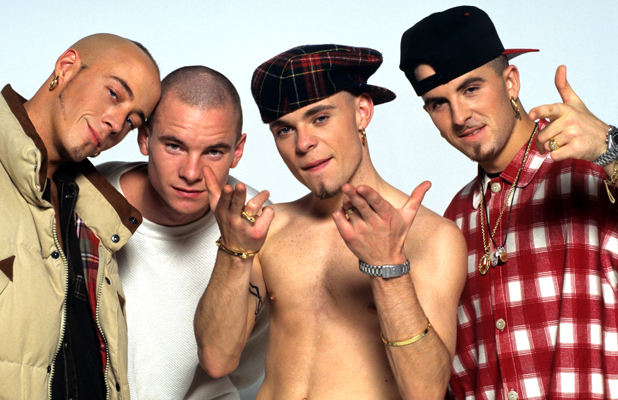 END_OF_DOCUMENT_TOKEN_TO_BE_REPLACED

John Linnell, one half of the alternative rock duo They Might Be Giants celebrates his birthday today. I can’t say if he’s the better half or less but 1982 brought us this experimental pair with the other half being John Flansburgh. They Might Be Giants delved primarily into different strains of rock and showed a penchant for children’s music with enigmatic tracks like ‘Birdhouse In Your Soul’ and ‘Boss of Me’. Over time the twosome graduated from the minimalistic use of a lowly drum machine to a backing band consisting of sax, accordion, guitar, digital piano, bass and drums. And so the somewhat quirky mix of They Might Be Giants was thus born and thrives today having filled their very large boots with a ginormous repertoire of albums, media soundtracks and children’s books. END_OF_DOCUMENT_TOKEN_TO_BE_REPLACED

When I heard the words the ‘British Music Experience’ on the radio recently my ears pricked up. What followed when I researched such a promising headline was that the venue had closed and with distinctly mixed reviews from the public. Taking up space on the top floor of the O2 Arena in London, the British Music Experience this cultural pull beholds a Pandora’s Box of the UK Brit Pop scene between 1944 to the present day. The exhibitions seven zones are made congruous by a timeline showcasing events, artists, costumes and artefacts. The public can enjoy getting interactive with a line-up of instruments including digital piano, guitar, drums etc. as well as dancing and singing and ‘’tagging’’ favourites tracks to download later is a favourite pastime on this journey through the British Music Experience. So which Brit Pop sounds would you choose?

END_OF_DOCUMENT_TOKEN_TO_BE_REPLACED

It would seem that the proof is in the pudding with the sweet sounds of Charlie Puth. He’s presently got two parallel tracks in the spotlight; one sugar-coated goodie featuring his present partnership with vintage diva Meghan Trainor and a snug duo going down with rapper Wiz Khalifa. The accompanying video’s to both tracks site Charlie Puth seated at his digital piano and singing current songs ‘’Marvin Gaye’’ and ‘’See You Again’’ as he performs with each respective artist. The former sound gives a massive nod to ‘Stand By Me‘; originally released in 1961 by Ben E. King and the latter is a leisurely pop ballad with interspersions of a rapped hook. Both songs feature Charlie and the Puth-ing the pudding.

END_OF_DOCUMENT_TOKEN_TO_BE_REPLACED

Today we celebrate the birthday of Cole Porter who may have died in 1964 but his memory lives on. A talented songwriter who wrote a tapestry of musicals from the turn of the century to 1958 and film scores in between. It was his adeptness with the romantic notion of the melody line and poetic lyrics (an art inherited from his father) that heralded Cole Porter as one of the Broadway greats with songs such as ‘Night And Day’ and ‘Ev’ry Time We Say Goodbye’ that headline his abundant repertoire. Seated at his digital piano Cole Porter churned out a plethora of musicals and film scores during his lifetime and though we salute his mastery of his wider theatrical work; it is his individual songs that show true mastery.