Deacon Blue is back on our screen as the ‘80s pop rock band gets a reboot courtesy of one age- old, high street pharmacy. Active since 1985, the Scottish group has been releasing albums for four decades right up to this year but it is their number one hit single ‘’Real Gone Kid’’ of ’88 that Boots are giving a second go. The quintet is fronted by original writer and vocalist Ricky Ross with co-vocals digital piano and drums played by original members bar guitar. As the world waits for the results of the Scottish referendum today and the ‘will it/won’t it’ decision – I know Deacon Blue will have my vote.

END_OF_DOCUMENT_TOKEN_TO_BE_REPLACED

‘Dancing in the Street’ has been a sound to down to since time began. Ever since people began wiggling to the beat there has been a version of ‘Dancing in the Street’. Whether its R&B, pop or rock, artists as diverse as Martha Reeves And The Vandellas in ‘64, The Carpenters in ’68, Van Halen in ’74, David Bowie twinned with Mick Jagger in ’85, and all had their own rendition of this pavement pounder. The instrumental back-ups have ranged from full orchestral scorings to a minimalistic trio of vocals, digital piano, bass and back beat though artists as recent as 2013 have been rejigging and remixing their party-piece covers.

Now Hacking & Jones have their own nit-busting single courtesy of Vosene Shampoo aimed at creating ‘happy hair’ for back-2-school kids. It may not be based on Martha’s signatory sound of the 60’s but with its catchy, child-friendly chorus – we’re bound to get the bug and be ‘Dancing in the Street’. 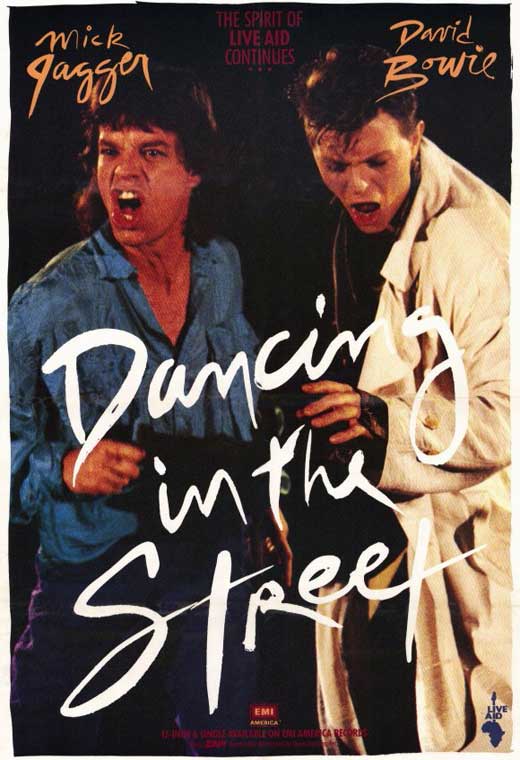 END_OF_DOCUMENT_TOKEN_TO_BE_REPLACED

Clean Bandit may be a quirky name for this UK Baroque pop foursome but their music is serious stuff – well semi. Clean Bandit is a less than complimentary name that though lost in translation when it comes to its Russian origin has served the quartet well so far and their single ‘’Rather Be’’ is causing a stir in the M&S kitchen right now. As the middle England shopping giant serves up its ‘Adventures in Imagination’ and implores foodies everywhere to try their grub with more gauche this autumn, Clean Bandit can be seen whipping their own set of strings, chopping up their digital piano chord clusters and generally enjoying a new taste in music with their classical-contemporary twist of old and nu. Well, I know where I’d rather be.

END_OF_DOCUMENT_TOKEN_TO_BE_REPLACED

The Goodees are an American pop trio from the 60’s that seem to have had their musical wings clipped. Though repertoire was plentiful it would seem that ‘Condition Red’ was their only big hit with its signatory star-struck teenage storyline, close vocal harmonies and standard digital piano framework. Even this trademark track seemed distinctly similar to ‘Leader of the Pack’ sung by fellow pop band The Shangri-Las and it would seem that this musical town was big enough. Though The Goodees may have been nudged out at the time, their recent revival has uncovered a treasure trove of past material as well as several unreleased hits that reflect boy/girl melodramas of a bygone decade. ‘Sophisicated Boom Boom’ may not be as cultured as the first word of its title but it does have some musical thrust that would give The Chiffons and The Ronettes a run for their feminine honey. The latest ‘George at Asda’ promo seems to think so as The Goodees move in as their back drop sound complete with a crafty take on new home furnishings. As the UK’s answer to IKea steps up to the home range plate so it takes a onetime flat track with it.  What goes round… 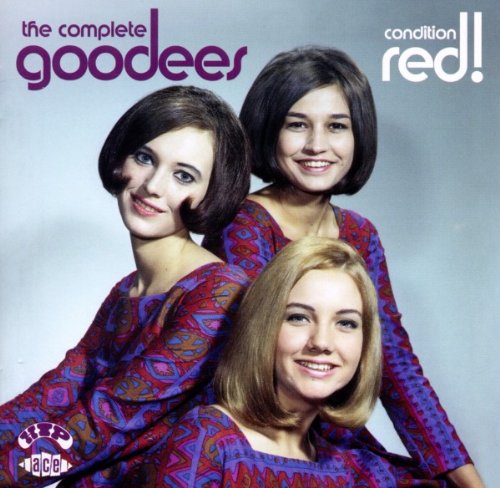 END_OF_DOCUMENT_TOKEN_TO_BE_REPLACED

London Grammar is a UK electropop band that hails from England’s capitol. As a relatively new ensemble on the music scene, the group is made up of trio Hannah Reid on vocals, Daniel Rothman on guitar and Dominic ‘Dot’ Major playing digital piano and percussion. Whilst London Grammar is working out if the streets are paved with gold, Christian Dior has commissioned their single ‘’Hey Now’’ as the backdrop sound for its latest fragrance campaign. Dior’s opulently themed setting named ‘The Future is Gold’ sees model Charlize Theron climb with ease up a golden hoist that dangles temptingly from the world beyond. Amidst a bespangled Renaissance setting of Michelangelo mystic Theon leaves the past behind and opts for a brave new world that dons a future of yet more gold but in tubular form! This ‘all that glitters’ mini-make drips to the sound of a remix beat as French duo The Shoes try it on for size and leave London Grammar as a memory…

END_OF_DOCUMENT_TOKEN_TO_BE_REPLACED

Judee Sill was an unknown entity to me until yesterday when I heard her shining light come pouring through the air waves. I turned up the volume and listened quite mesmerised to Radio 4 as Ruth Barnes explored this ‘Lost Genius’ of the 70s. In this short but compelling programme ‘’The Donor’’ was the main Judee Sill backcloth track that hooked me from the onset; a lengthy eight minute arrangement that oozed Bach-like harmonies, ethereal incantations and quirky digital piano jazz/folk arabesques from the Judee Sill ’72 album ’’Heart Food’’. Her life was a path woefully trodden as death, drugs and damnation seemed to accompany this tragic singer song-writer through the years. Though chased by demons to the bitter end, yet the yesteryears music of Judee Sill still nourishes the soul today as her combo of deep-seated spirituality and musical prowess come floating to the surface. Her presence is still felt…

END_OF_DOCUMENT_TOKEN_TO_BE_REPLACED

Jackie Wilson, US singer and performer of the 50’s is back on top and celebrating his success. Whilst Asda is promoting 85 of its new party cake range from the Pinata Surprise to M&M’s Chocolate Sofa we can all sit back and listen to the backdrop sounds of Jackie Wilson and his hit song (I Get the) ‘’Sweetest Feeling’’. This 60’s favourite with its Motown momentum oozes musical calories from the single-layered ‘’plink, plink’’ simplicity of the digital piano intro to the full force of the Funk Brothers orchestra and The Andantes backing vocals that gave Jackie Wilson a huge slice of success. If you’re too young to remember Jackie Wilson as ‘’Mr Excitement’’ as he slid into action then just count the bars whilst we count the calories!

END_OF_DOCUMENT_TOKEN_TO_BE_REPLACED

The Glitch Mob may have chosen a name that suggests a chink in its circuitry armour but at presently this band is on faultless form. As the electronica trio from LA airs its second album ‘’Love Death Immortality’’ so the beat scene laps up ten more pulsating nuggets of songs and instrumental tracks break through the Billboard with their circuit board sounds. ’’Beauty of the Unhidden Heart’’ secretes a memorising bank of musical goodies as The Glitch Mob three-some edIT, Boreta and Ooah collaborate their digital piano dance beats with the folky fairy tale strains of Sister Crayon and her mouth-watering vocals. Meanwhile, BBC 2 already has The Glitch Mob well and truly wired for their own future sound as a one minute music backdrop of ’’Beauty of the Unhidden Heart’’ against the autumn fest of drama trailers sends heart racing and beats a pumpin’. END_OF_DOCUMENT_TOKEN_TO_BE_REPLACED

NRBQ, (New Rhythm & Blues Quartet) the US rock band of the 60’s is known for its musical spontaneity and here it is; making an impromptu appearance in the JD William’s latest promo. The online clothes retailer gets down in the local café amidst the informal setting of coffee and chatter. The music strikes up via the bluesy sounds of the digital piano line that trips the switch for instruments and audience alike. Before we know it, everyone is dancing to the rock ‘n’ roll sounds of the NRBQ and their track ‘Want You To Feel Good Too’. This retro revival gets a good one minute expose as Lorraine Kelly enters the room and is soon swept into the ‘fitting’ atmosphere of flattery and feel good as JD and the NRBQ hold hands.

END_OF_DOCUMENT_TOKEN_TO_BE_REPLACED

Kenny Loggins can’t cut loose just yet as his signatory single ‘Foot Loose’ is tied down to the latest mobile network EE campaign. The song was the opening soundtrack in the 1984 musical-drama film and 2011 re-release of the same name, in which a teenager moves to a town where dancing and music are banned within the community.  As Kevin Bacon in the leading role sets the town ‘free’; the full version of the Kenny Loggins ‘Footloose’ track is played out in the final barn scene complete with nifty foot workers dancing to the rock ‘n’ roll sounds that emulate from guitar and digital piano alike. Today our screens show a more mature Kevin in EE’s latest advert promo as he wantonly glides around a wedding party; smoothly promoting the phone to the undulating sounds of ‘Footloose’. Eeeee Kevin…