George Ezra is a new sound in the music industry and whilst ITV promotes its new faces, new stories and new season; George Ezra is right up there with his back drop music. Whilst drama lives on the screen, George Ezra heralds from Hertford and his song-writing is sheer poetry with ‘‘Blame It On Me’’ being one such track that offers up a bespoke mix of Woody Guthrie and Bob Dylan folk. With its bluesy persuasion led by George’s gutsy, self-assured vocals and frilly folk guitar that accompanies him like a conjoined twin George Ezra can take the credit and not the ‘’blame’’. It’s the addition of the ‘bobbing’ digital piano motif that adds an altogether lighter note to the background accompaniment and leads us into the enquiring chorus ‘’What You Waitin’ For?’’…

END_OF_DOCUMENT_TOKEN_TO_BE_REPLACED

Carolina Liar knows the truth when it comes to music. This is a rock band that states the facts as their track ‘’Show Me What I’m Looking For’’ points the way for this Swedish-American quintet. Their charming 2009 track and most poignant to date, also features as the back drop music for the latest Swinton Insurance TV promo as it shares its talent with the Hungarian Shadow Dance Troup ‘Attraction’. Carolina Liar however can never be put in the shade as its iconic single crosses genres that embrace both pop rock and gospel, whilst highlighting the songs adopted John Lennon digital piano style and integrate Oldfield-type chimes for a featured liturgical quality. With all this from one release Carolina Liar delivers the gospel truth. END_OF_DOCUMENT_TOKEN_TO_BE_REPLACED

Anne Kulonen is so much more than your everyday singer song-writer. She is an eclectic Finnish born musician who likes to draw on a variety of experiences and mediums and in so doing does not fit neatly into one particular music genre. Anne Kulonen can write a classical-based film score such as ‘The Foundling’ one day with its chilling depths and the next have you all aglow with the infantile vocals that accompany the Ready Brek advert. So whether it be writing with traditional orchestral constraints of more liberating electronica sounds on the digital piano, Anne Kulonen comes to life. END_OF_DOCUMENT_TOKEN_TO_BE_REPLACED

Screamin’ Jay Hawkins and his spell-binding track is back to haunt us in the latest TV promo campaign for a Suzuki Swift. The car company has ‘’I Put A Spell On You’’ playing as its back drop sound as the 50’s black magic style of Screamin’ Jay Hawkins tries to take hold of one wary passer-by. Never far from his digital piano and complete with banshee-type wails Screamin’ Jay Hawkins delivers a quirky forty-four seconds of theatrics that spill over to the man who ‘misses the motor’ in the blink of an eye. Swift it may be – but are you spell bound? 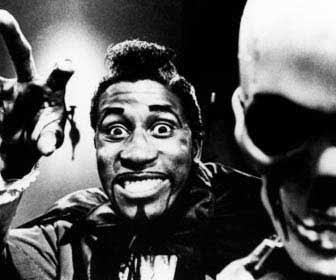 END_OF_DOCUMENT_TOKEN_TO_BE_REPLACED

Sleeping At Last, the US one-man Indie Rock band made a gestured appearance under the covers at the Opening Ceremony of last night’s Commonwealth Games. The crowds of some 40,000 were packed into the Celtic Stadium in Glasgow to witness a plethora of all things Scottish plus one. The unbaiting energy was quickly zapped down a tone as Ryan O’Neal, the Sleeping At Last onesie performer relayed his cover version of Scotland’s The Proclaimers 1988 hit pick brought the stadium to a momentary stand still. With a digital piano and slow, husky vocals at the forefront of this three minute lull – its context was meaningful and timely. Though Sleeping At Last was momentary – its impact was felt long after. END_OF_DOCUMENT_TOKEN_TO_BE_REPLACED

One digital piano makes up the sum of its musical parts in the 60s classic soft rock track ‘’One’’. Originally composed and sung by legendary musician Harry Nilsson the piece is remembered for its single buzzing tone played on the digital piano that replicates the sound of an engaged telephone line. This inspirational effect was turned into a digital piano motif that was to serve later cover artists who mined the Nilsson hit of ’68 including Three Dog Night, Aimee Mann, and now Order of Era have leapt onto the busy band wagon with their electro version in the latest Lynx advert featuring soul mates who are destined to be as ‘’One’’. Whichever version floats your musical boat – Harry Nilsson is the ‘’One’’ to thank for this retro comeback that’s making all the right signals.

END_OF_DOCUMENT_TOKEN_TO_BE_REPLACED

The Ting Tings are a UK new wave band that hails from North Manchester. They are made up of two members namely Katie White and Jules de Martino who list playing digital piano, bass guitar and the cowbell (!) amongst their dexterous skills. Since the bands inception in 2008 the two have been showered with awards, nominations and accolades that have taken them to the top of their musical game and right now The Ting Tings are enjoying even more of a shake-up as their track ‘’That’s Not My Name’’ appears as the fizzin’ backdrop to Coca Cola’s latest energised name game promo.

What with their song’s musical outline fashioned undoubtedly on the 80s single of the same new wave ilk ‘Hey Mickey’, and Cola promoting Bobby on a bottle by way of a streetwise dog; perhaps the name doesn’t matter as long as the content does it for you! 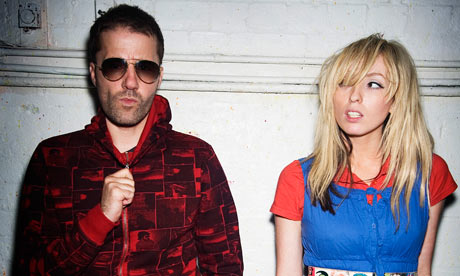 END_OF_DOCUMENT_TOKEN_TO_BE_REPLACED

Soft Cell, the 80’s synthpop duo of from Leeds is standing on a musical soap box of its own whilst fellow Northern-based weekly’s Emmerdale and Corrie develop their own bubbling dramas. ‘’Tainted Love’’ is a signatory and markedly sustained number one hit that Marc Almond and David Ball of Soft Cell was best known for and essentially served the band with its innovative techno style and punctuated digital piano motif. Meanwhile, the ITV casts are brewing their own brand of drama with ‘’Tainted Love’’ as their back drop track to a chilling fairy tale-based trailer that is best served cold as relationships tense and tangled webs interplay. Irish singer Hannah Peel has her own musical claws into the Soft Cell promo that just gets the two sweet-smelling soaps into a further lather…

END_OF_DOCUMENT_TOKEN_TO_BE_REPLACED

Anna Meredith is a composer and performer of Scottish descent who claims she’s seen the future and it will be – and it works! Known for her unconventional ‘off the wall’ mix of classical and modern Anna Meredith likes to pump it up with electronic and acoustic sounds often cocktailing mesmerizing digital piano jazz motifs with a heady mix of midi and parallels of the traditional score. Though Anna’s musical beginning was as a clarinettist, she continues to explore outside her own musical box with the old and the new; as stomps, clicks, cellos and glockenspiels all line up to satisfy her seemingly unquenchable composing palette.

END_OF_DOCUMENT_TOKEN_TO_BE_REPLACED

Adam Ant is an English musician of some repute; both for his fancy dress as well as his extrovert nature. He fronted the punk/new wave band ‘Adam and the Ants’ in the ‘80s with his signatory artistic bent and belligerent vocal lines that got the band noticed but this ant never marched in a straight line and the constant swing between music career, film and theatre didn’t make for a steady course in one direction. As the loaded question ’What do you do’’ posed in the 1982 title track ‘Goody Two Shoes’ states – we take a look at Adam Ant; musician and non-conformist behind the mask. 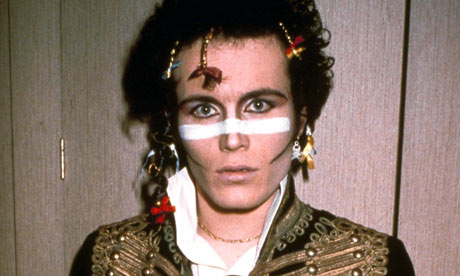