Betty Hutton really started something when she recorded her 45 rpm swing thing in the 50’s ‘’It’s Oh, So Quiet’’. She didn’t realise what a resounding success her song would be, as subsequent awards and nominations have been scattered upon this upbeat vinyl cut ever since. Even Betty Hutton, to whom we accredit such a blousy display of sound, sang a cover version of its 1948 German original with her raucous, orchestral blast preceded by a disingenuous digital piano lullaby in ¾. Since then Bjork has enjoyed equal applause for her version of a version in 1995, topped by ‘’It’s Oh So Quite’’ soundtrack to an even more weeny audience with its teen pop rendition in the animation film ‘The Ice Princess’ of 2005.

Betty Hutton really has started something as the 50’s favourite continues to circle the globe and be recognised with loud applause for its unsuspecting triumph that began eight decades ago!   END_OF_DOCUMENT_TOKEN_TO_BE_REPLACED

Chris Kenner, R &B singer and songwriter would be making himself comfy on life’s sofa if he were here today. He could afford to put his feet up as DFS parade their Designer Choice Collection for 2014. The sofa company has the Chris Kenner 60s hit ‘’I Like It Like That’’ featured as the music back drop for their summer slouches. Of course, the Chris Kenner word and music was adopted via many artists’ repertoire of the day as cover versions were frequently recorded by bands including a pop rock version released by The Dave Clark Five in 1965. One million sold copies and a gold disc later, it was Chris Kenner and his teaming with electric piano player Allen Toussaint that made ‘’I Like It Like That’’ one of the most covered hits of all time.

So what makes Chris Kenner and his sofa special into something old, new, borrowed and rhythm & blues? Well, if you’re sitting comfortably – then I’ll begin… 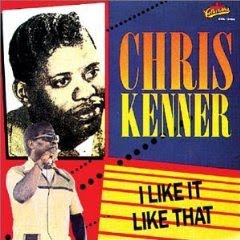 END_OF_DOCUMENT_TOKEN_TO_BE_REPLACED

Patti LaBelle has much to toast. With her music career spanning 56 years in the industry coupled with her 70th birthday this month – there is much to celebrate for this legendary disco diva. As formidable front woman for the group The Bluebelles and her own ensuing solo career, Patti LaBelle is renowned for her deep, dark vocal lines and musical repertoire that fuses several black styles together. Cited as an unbaiting influence in the history of disco music many artists today still bow to this pioneer of the disco world with such 70s hit as ‘Lady Marmalade’. Cover versions have ensued over time giving recording artists such as All Saints and Christine Aquilera, Lil’ Kim, Mya and Pink, a notable lift up the ladder of success. For all this and more – Patti LaBelle deserves a toast. END_OF_DOCUMENT_TOKEN_TO_BE_REPLACED

The Pretenders are an Anglo-American alternative rock band formed in the 70’s. Their chronicle of past members is quite unreal as eleven members have come and gone; with at one time, the original four down to two. From a full instrumental line up of vocals, guitar, digital piano and drums; The Pretenders could pretend no more. At the centre of this band’s ever-changing face; cited for its turbulent history as well as its legendary hits, has been the kingpin Chrissie Hynde who was the bands raison ‘d’etre and main songwriter since inception. With a history of re-groups, hiatus’s and present ‘together in part’, Chrissie Hynde has had a reality check of her own and finally gone solo. Whilst we can’t pretend that The Pretenders might still be great – Chrissie Hynde is doing it for real. END_OF_DOCUMENT_TOKEN_TO_BE_REPLACED

The Wannadies is a rock band that originally hailed from Sweden in the late 80’s.  The group of five bears the usual rock line-up but with an alternative twist of vocals, guitar, digital piano, drums and violin the latter of which has increased their audience circles and popularity to boot. After a string of false starts that included unfinished recordings, lack of a record company and the like, The Wannadies legendary 90’s hit ‘You And Me Song’ was one track that got them to where they want to be today. This nugget of a rock/pop song has also been used in numerous media contexts from Baz Luhrmann’s contemporary screening of Romeo + Juliet to theme music to its present cover version in the lengthy ‘Pets At Home’ TV ad. The Wannadies are now in a place they wanna be.

END_OF_DOCUMENT_TOKEN_TO_BE_REPLACED

The Cars are back in the music driving seat at present as their single rock track of the 70’s ‘Just What I Needed’ covers little flame Zingy as he lights up the latest EDF Energy TV advert.  The Cars name is a straight-talking, no nonsense label without any twists or turns intended; what you see is what you get. With the usual line-up of instrumentalists from vocals, guitar, digital piano and bass, The Cars have experimented with rock-pop genres and variables of the same since the off and with resounding success. The band’s sound is an eclectic mix of synth buzz and xxxxx that has carried them to the finishing line since their inception four decades ago. Today, The Cars quintet is sadly down to four but having taken a back seat they’re on track today and all geared up for their next big win. So what drives The Cars?…

END_OF_DOCUMENT_TOKEN_TO_BE_REPLACED

Elbow may be a strange name to amass the crowds but this Manchester-based rock band is well armed to deal with all its music matters. Elbow puts their mind, body and souls into their music making and since their inception in 1997 has been bombarded with nomination and awards for their storytelling lyrics and emotive musical qualities. Elbow is made up of a quintet of band members who form the usual line up from lead vocals to guitar, stage piano and drums. However, it’s what they do with it that makes Elbow a joint to be taken seriously. After all, their namesake is not only professed to the loveliest word in the English language; there’s a lot resting on their success. END_OF_DOCUMENT_TOKEN_TO_BE_REPLACED

The Lovin’ Spoonful for modern day groupies may refer to the amount of sugar in their tea. But whist they decide on one lump or two – the rest of us are listening to the sweet music of The Lovin’ Spoonful; a sixties rock band presently enjoying its own brand of revival. Interestingly, the quintet’s name found its roots in the song ‘’Coffee Blues’’ by a turn-of-the-century blues singer John Hurt whose dedicated lyrics cited the famous coffee brand Maxwell House! Well whilst Mississippi Hurt has ‘bean’ there and done that with his country roots, The Lovin’ Spoonful has come back from ‘66 complete with hot digital piano feature and a cool post boy on roller blades, the band has scooped up the McCafe advert that combines a vintage sight and sounds of the city. How chilled is that! END_OF_DOCUMENT_TOKEN_TO_BE_REPLACED

Tomoyasu Hotei may not be a name you presently trip easily off your tongue – but his word and music is spreading in the West. If I mention the action thriller film of 2003 ‘Kill Bill’ then I probably have your attention and the next conversation would probably move to the music. Well it’s the instrumental rock track ‘Battle Without Honour or Humanity’ that Japanese composer and performer Tomoyasu Hotei is becoming more widely recognised. Phew … got there in the end. The ardent riff that characterises this track from the onset can be replicated on digital piano with distorted guitar verve and aggressive brass interspersions.  So in the words of Bill himself ‘’Let’s do it!’’ END_OF_DOCUMENT_TOKEN_TO_BE_REPLACED

Rolf Harris may have blotted his art pad for many but he still a part of many a person’s childhood who influenced our thinking in art and music. Always known in our house as the ‘’fuzzy man’’ on TV with his strange, whiny accent and the genius strokes of his paint brush; Rolf Harris could instantly transport you into his creative world of ‘’Can you tell what it is yet?’’ portraiture. Whether armed with marker pen, piano accordion or Stylophone, Rolf Harris was a talented entertainer who played the gifted goof to amass his audience. Whilst his painting skills can be translated into pound notes on the art market, Harris’s musical repertoire remains a misfit collection of hits and near misses that reflect his bizarre sense of humour. Their melodic interest can be replicated today on the digital piano so all can access the recordings of Rolf Harris that will stay in the memories of yesterday’s audience who are now in their middle years.