Peaceful music is something that many find soothing whether it’s the lilting sound of the digital piano lullaby, a velvety ballad or vibrato violin. Whatever your Swan Song – the repertoire of titles that exemplify peaceful music is vast and spans the decades from the beginning of time; when it ticked like a metronome to the order of all things. Lynx has recently released a new shower gel product called ‘Peace’ with the campaign accompanied in their ‘Make Love, Not War’ promo by backdrop music from the Backstreet Boys. The site of a foreign dictator singing to the sounds of peaceful music tracks like ‘As Long As You Love Me’ may be too much for some as a far-flung soap ad goes but hey – the world turns on such trivia. And there’s plenty more peaceful music bubbling up where that came from…

END_OF_DOCUMENT_TOKEN_TO_BE_REPLACED

Rick Wakeman is perhaps best known as band member and digital piano player to the 70’s rock group ‘Yes’. But today he is still saying yes to ambitious ventures that lead him down new musical avenues. In this case Rick Wakeman; still donning his superman cape that clads his entirety, our man that like to say ‘yes’ is journeying once again to the centre of the earth but this time – on a major scale. As today is World Earth Day – why don’t you get a ticket to ride.

END_OF_DOCUMENT_TOKEN_TO_BE_REPLACED

Also Sprach Zarathustra is a convoluted name that to most people means very little but if you add; ‘’You know – 2001: A Space Odessey – the rocket music’’ – they usually nod in acknowledgement. Push the ignorance button a little harder with the fact that it was composed by Richard Strauss in 1896 and that may be as far as your conversation goes. Yet Also Sprach Zarathustra with its unpronounceable name, is one of the most widely known pieces of classical (well strictly it belongs to the Romantic era) since the dawning of time. END_OF_DOCUMENT_TOKEN_TO_BE_REPLACED

Rihanna is a celebrated music diva who knows where drama lives. She is used to spending time printed in the hot gossip circles where you ‘read all about it’ as her controversial music and life-style choices are aired to the world. But Rihanna knows how to make a drama out of any crisis and with wide-ranging genres from R&B, hip-hop, dance and pop, she can amass the crowds and turn it to her advantage.  As part of the theatre she creates, Rihanna can sing at both ends of the musical Richter scale and her recent pop ballad of 2013 ‘What Now’ shows a storyline of anticipation as events unfold. Used as the enigmatic backdrop to ITV’s 2014 drama trailers this summer – Rihanna knows where the drama lurks as the digital piano led track guides the viewer through a myriad of murder and mayhem. Rihanna portrays her emotional wreckage with an Oscar winning performance that makes it all the more convincing …

END_OF_DOCUMENT_TOKEN_TO_BE_REPLACED

Chromeo is a recent addition to the music world that’s soon squash’d the opposition.  The electrofunk duo formed in 2004 and even though the arty couple adds up to the usual two; their sound is upstaging as Robinsons is upgrading. Unlike the Capulets and the Montagues, Chromeo is an example to us all as Arab and Jew live side-by-side and make music the ties that bind them. Nicknamed Dave 1 and P-Thugg, the couple make their funky sound with an undiluted line-up of guitar, vocals, digital piano and a signatory talk box. The present Chromeo cameo can be heard on our TV screens as the latest backdrop to an updated Robinson’s fruit drink campaign. It looks like tennis will meet its match with the new face of Squash’d this Wimbledon. As Robinsons concentrate on the height of good taste – Chromeo won’t be beaten on theirs.

END_OF_DOCUMENT_TOKEN_TO_BE_REPLACED

Luther Vandross was a legendary soul singer of stature and musical skill. The Easter season ties in with his birthday on 20th April and good store his fans held by his songs of love and devotion. Despite his vast repertoire of both original and cover tracks, the Luther Vandross repertoire was vast as he performed on stage as both soloist and master of the celebrated duet. The Vandross soft vocals were always backed by a signatory instrumental line-up whether singing pop, R&B or soul. Guitar, digital piano, bass and kit were often enhanced by a string section, sax and dominant brass section for that full-bodied sound that came to life in the middle eight. ‘’Dancing With My Father’’ is apt for this Easter season and though he danced with many a fair maid, this is a track that pinned Luther Vandross to the musical cross. END_OF_DOCUMENT_TOKEN_TO_BE_REPLACED

Gerry and the Pacemakers will be lauded again today as their char-topping single of the 60’s is played as part of the proceedings of the Hillsborough anniversary. It is twenty five years since 96 fans died at Anfield’s football stadium and today they will be officially remembered as ‘’You’ll Never Walk Alone’’ continues play out as Liverpool’s anthem and undying message to lost loved ones. The peace-making lyrics of the song are sung by Gerry Marsden who fronted Gerry and the Pacemakers all those years ago and with an unobtrusive digital piano accompaniment, soft back beat and Gerry Marsden’s empathetic vocals – this song of the Pacemakers is a peacemaker in itself.  With over 90 cover versions recorded world-wide with the most recent by a man in a transit van in 2013 – 96 souls will never walk alone. END_OF_DOCUMENT_TOKEN_TO_BE_REPLACED

Sophie Ellis-Bextor is making all the right moves as she glides effortlessly from disco-pop to dance and now on to strictly pop. Here our multi-talented diva sits at present in her latest role as singer, song writer and record producer. Her other celebrated roles as Strictly Come Dancing finalist, model and mother of three are of equal importance as the whirring work-life balance of Sophie Ellis-Bextor continues as a spinning-plates exercise. Making all the right moves has resulted in Sophie’s most recent conquest in the shape of her album ‘’Wanderlust’’; a pop-led focus that is characterised by lush digital piano melodies rather than a stomping beat; a subtle Eastern European streak of storyline lyrics rather than full throttle rant.  This new phase is Sophie’s choice – and she’s making it – but strictly on her own. 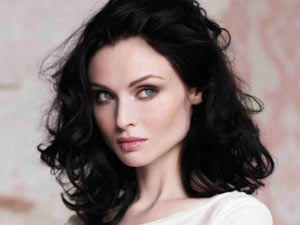 END_OF_DOCUMENT_TOKEN_TO_BE_REPLACED

Lipps Inc. was a disco-funk band of the ‘80s made up of a sextet of chicks and dudes. Similar chicks can be seen dancing to the bands top hit single ‘’Funky Town’’ in the seasonal Easter advert by Asda.

Three chicks from the supermarket ‘giants’ sit in their funky treehouse towers singing to the same proverbial tune; when suddenly out pops a fourth chick from his own tower feathering the Asda nest. Lipps Inc. boogied on down to the ‘’Funky Town’’ beat long before Asda started tweeting about it; with their signatory robotic vocoders, sci-fi digital piano and wah-wah guitar effects. Although Lipps Inc. went off the boil in the mid 80’s and the band members scrambled, their music of the day was hard to beat!   END_OF_DOCUMENT_TOKEN_TO_BE_REPLACED

The Cinematic Orchestra with their contemporary take on jazz and all thingzzz electronica have seen the light again. Despite a scant peppering of albums from 1999 to 2012, The Cinematic Orchestra seems to tempt customers with their tasty little numbers. This time, the band has been feathering its nest with yet another home-grown hopeful ‘’To Build a Home’’; with its characteristically melancholic digital piano chords and lethargic vocal surges as the backdrop for the latest Waitrose TV advert promo campaign entitled ‘Boy and Carrot’.

You would think that The Cinematic Orchestra 2007 track ‘To Build a Home’’ would have outlived its musical stay by now due to its extensive use on adverts, dramas and films as wide ranging as the Guinness ad to Ugly Betty and more… so much more.  But hey Waitrose’s ‘’Boy and Carrot’’ doesn’t have to dangle from a stick to tempt The Cinematic Orchestra. The band’s success story is just like that of the carrot – all naturally grown. END_OF_DOCUMENT_TOKEN_TO_BE_REPLACED