M. J. Cole is the UK’s man in the garage. Having trained as a digital piano player the traditional way and with his academic prowess behind him, M. J. Cole is busy reinventing himself. He can presently be found absent from the garage sound and back on his piano stool; spicing up his music with a little help from Schwartz. The spice company’s hot, hot, hot one minute TV commercial is produced by Grey London and complete with awesome pyrotechnics, a backdrop of classical sounds from M. J. Cole and a dash of paprika – an explosive combination of taste and sound are unleashed. It’s like Jackson Pollock, Sony and Dulux all rolled into one as the effects are visually stunning and the digital piano music ain’t half bad either. So it would seem that whatever M. J. Cole turns his musical hand to in the garage – he can also produce tasteful music in the studio. 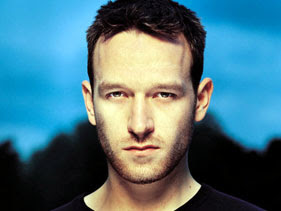 This advert is compiled of a visual feast of spices that explode by the ton in time to music. The invisible senses come alive when 140 separate explosions synchronised with a classical backdrop of digital piano music were timed to perfection with specific spices and herbs selected to go off with certain single notes and chord sounds. With the size and volume of each eruption adjusted accordingly we see real time slowed down and a ballad style digital piano score increased in intensity as the commercial progressed.

As cumin, coriander, rosemary and thyme all reveal a colourful spice-chart rainbow M. J. Cole synchronised his abstract piece in perfect harmony. Written in 4/4 time the piece is in Eb major with a pre-meditated, alternating pattern of note-chord-note. There is much digital piano pedalling to give a reverberation to the chord clusters that in turn yields a muffled, enigmatic quality. Ascending glissandos add further intoxication to a wide register of notes as the spices shoot up their volcanic dust.

As the orchestral performance moves towards its final tutti the spices tumultuously ascend like an Icelandic geyser. In only one take the flavour shots are filmed and wrapped and M. J. Cole can reinvent himself once again – this time – as a spice boy! It’s all in the name of good taste.