Paloma in Spanish means ‘dove’ and is a word given to all females in the Hispanic realm. I, myself know of two Paloma’s both of which come from the musical world; Paloma Faith and Paloma Blanca.

The former Paloma Faith, eccentric UK musician who spans multiple genres from pop to soft and soul. Her style has been likened to that of Amy Winehouse and Duffy mix with her sultry bohemian-style exterior and alto vocal range. Paloma has kept the faith by recently tweeting and dispelling any rumours that she is to be the UK’s song bird at the forthcoming Eurovision Song Contest. The second Paloma is a 70’s pop hit by Dutch musician George Baker who sang ‘’Una Paloma Blanca’’ (translated as ‘’One White Dove’’) got Europe dancing to his lyrics denoting freedom from the hardships of life. 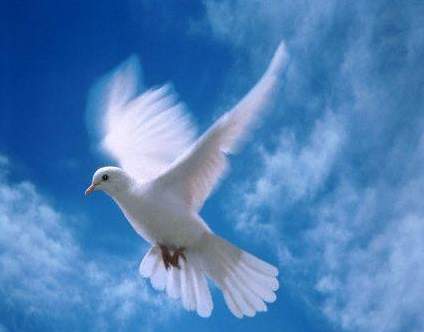 The song has a memorable rhythmic section consisting of an embedded walking bass line and shrill recorder counter motif complete with step-wise movement and bird-like trills. The two-chord trick of F and Bb and pop style keeps the music buoyant and can be played on digital piano complete with a shed-load of back beats and instrumental variables or played on acoustic guitar and accordion by the Wurzels! The chorus whether it be ‘’Paloma blanca’’ or ‘’cider drinker’’ needs a tongue-in-cheek approach:

Ms Faith meanwhile has a new album pending next month entitled ‘’A Perfect Contradiction’’. The album’s lead single ‘’Can’t Rely On You’’ shows less of the purer side of our singing dove as she mixes the genres of funk and soul that have their roots in song writer Pharrell Williams. Pharrell unleashes his trademark characteristics with loops and quirky patterns played on digital grand piano, guitar and brass with beckoning ‘’come on’’ lyrics that complete a tapestry of sound that have helped reinvent Paloma and her purist profile to date.

Clearly these two song birds are flying different flags. One Paloma would rather be tarred and feathered than sing at the Eurovision Song Contest; the other has had its content turned into a parody for the world to poke musical fun at. Harsh tweetment.