Christmas this year see Google searching for love across the waves. Its seasonal advertising campaign sees a family parted by the sea as mum and kiddies are home alone (plus dog) and dad works on the rigs. Now 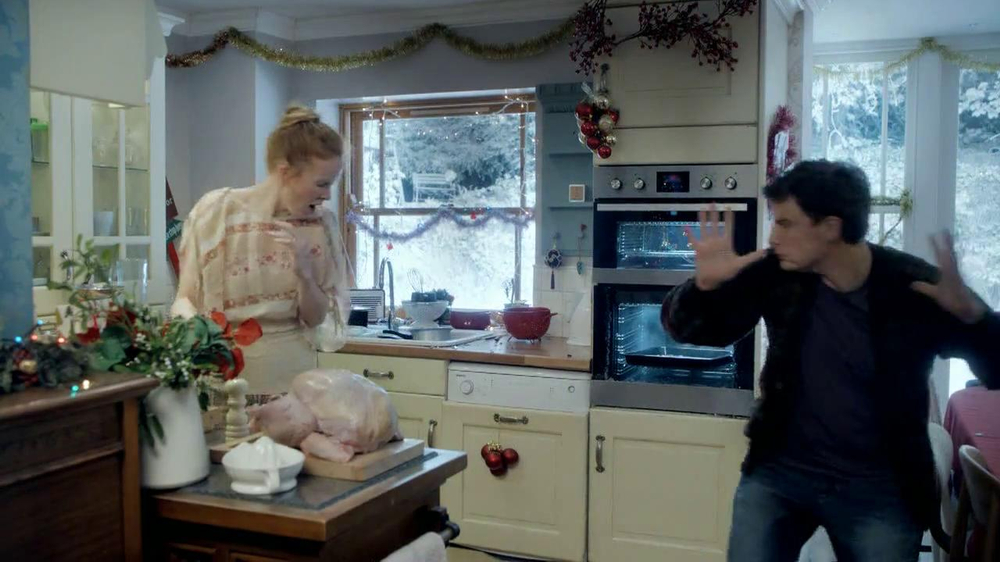 this is a heart-rending advert for the usual stalwart Google engine- house – so for me – they’ve raised themselves on the platform of expectation this Christmas.  The endearing little promo of a lengthier 1’01’’ sees a family brought together via Google Nexus-7 with the help of the 70s glam rock band Slade and a lulling digital piano ballad. So when it comes to love on the World Wide Web; Google has me all at sea on this one. A ripple of genius from oodles of Google!

On Track Every Day

Slade’s trademark style of stomp, rock then stomp some more subsided momentarily in 1974 when the band released an ‘against the grain’ ballad. They were not to know that it was to prove a raving success that would escalate in momentum nearly 4 decades later.

All At Sea This Christmas

Our Dad figure is seen far from home working in an engine-room hub. The track enters from the onset with the gentler rasps of Noddy Holder accompanied by surging chords played on a digital piano:

Amid the room of steam and stress our hero Dad eagerly goes off his shift and gets ready for an occasion to follow complete with full shave, shower and clobber. The next frame takes us to his cabin quarters where he takes his Nexus 7 tablet, sets the scene with Christmas lights and tinsel then connects across the waves to his wife Vicky:

We’re now half-way through the advert and Vicky and the children greet their dad. The backdrop of Christmas decorations is exchanged with Dad coming off worse with reciprocal pet dog wearing reindeer antlers to boot!

Meanwhile, a second advert featuring the same Slade song sees a young man on the dusty road in Malaysia desperate to get a lift home for Christmas. He uses his Nexus 7 to let his mum know he won’t make it. But all is not lost as our hero eventually gets a ride from a truck driver who doesn’t speak English soour youth uses his Nexus 7 to explain his need and its go gogo as he makes it home for Christmas.

Not Lost In Translation With Google

It would seem that the Nexus 7 tablet has all the answers and is ‘’Made for what matters’’ as family becomes the focus at Christmas. So whether you’re on a rig in the cruelNorth Sea or a hot, dusty road in Malaysia – search no more – as Google has it covered from every corner of the World Wide Web.