The violin played by the fated RMS Titanic’s band leader Wallace Hartley reached top dollar at auction last week. The instrument complete with leather case was allegedly found strapped to Hartley’s body as he and his fellow band members perished in the icy seas along with the 1500 souls of men, women and children aboard the legendary liner of 1912. This impassioned story of an ensemble of selfless musicians who played right up to the very end coupled with the nations love of the violin still pulls at our heart strings and brings back memories of that fateful event and the haunting musical accompaniment as the ship went down… 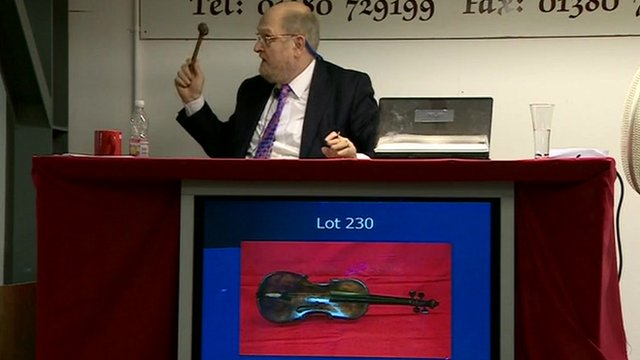 END_OF_DOCUMENT_TOKEN_TO_BE_REPLACED

Steve Reich, US modernist composer celebrates his 77th birthday tomorrow but he will probably demand the minimum of fuss ‘cause that’s his way. Likewise his music reflects a pioneer of minimalism where the concept may be on a grand symphonic scale but the content is negligible. With music measured in seconds rather than bars Steve Reich also entitles his compositions with literal, everyday names including those associated with the weather and transport. So with the minimum of fuss let’s see what makes the Steve Reich metronome tick! 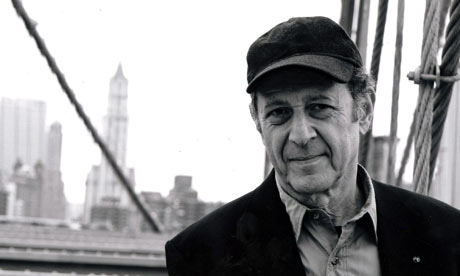 END_OF_DOCUMENT_TOKEN_TO_BE_REPLACED

Stevie Ray Vaughan, US musician & singer song-writer always professed that the guitar was his life. In 1978 he formed and fronted the blues rock band Double Trouble with their contemporary blues approach taking home many an award. Stevie Ray Vaughan and the band often crossed over into different genres from ballads to soul adding innovative jazz elements to the mix. The tragic death of Stevie Ray Vaughan in 1090 left the band disparate for a while but continued under the same Double Trouble name alive and kicking today. The original line-up of Double Trouble was guitar, digital piano, bass and drum kit with the addition of saxophone to emphasis the jazz elements. The bands repertoire was deeply rooted in the blues and many of their tracks were true masterpieces that reflected musical masterpieces of improvisation over a blues framework. ‘Stang’s Swang’ was one such instrumental that saw the sparring of Stevie Ray Vaughan on guitar and Johnny Reno on saxophone. The couple follow each other around the stage showing off their musical prowess with a rapid walking bass line and intricate kit line to keep the back beat. Though impromptu in its character – the piece is concise in its execution and an empathetic display suggests a well-rehearsed piece. Nice.

‘Say What’ With Stevie Ray Vaughan

‘Say What!’ appeared on the third album ‘Soul to Soul’ with its demanding technical prowess and over-use of the wah-wah pedal Stevie Ray Vaughan is in his element. This track is nigh-on 5 minutes of stomping wonderment that starts on lead guitar with Vaughan playing around the octaves, vibing and sliding and passing the gauntlet onto Reese Wynans on the digital piano. Armed with a Hammond Organ setting Wynans sends the audience into a frenzy as no holds are barred with his high register acrobatics oft wists and turns; displaying a musical engineering feat that is more maths than music. This is 12 –bar blues unleashed.

Had he been alive today, his 59th birthday Stevie Ray Vaughan would have been accrued the masses as a musician at the top of his game. He showed us that the blues is alive and kicking and that as a genre it can be iced and decorated in any which way. Stevie Ray Vaughan’s discipline extended to both his incredible artfulness on the guitar and his drugs and alcohol-ridden lifestyle; the latter of which he learnt to forsake.

Meat Loaf is a savoury character best served hot. He is a US musician and actor who has stayed at the top of his game since his debuted release of ‘Bat Out Of Hell’ in 1979. At 65 he still active and earlier this year completed a tour of the UK where he sang a repertoire that included other delicious all-consuming songs to make your mouth water. This included ‘Life Is A Lemon’ and ’Out Of The Frying Pan’. Meat Loaf is a rockin’ marvel from Hell’s Kitchen. END_OF_DOCUMENT_TOKEN_TO_BE_REPLACED

Julie Andrews UK singer and actress may be a dame by name but certainly not by nature. She is one of Britain’s finest whose perfect pitch and manners to boot have her ranked at the top of her game. From humble beginnings to the present day Julie is as active as ever as she celebrates her 78th birthday this month. Having enjoyed a wide-ranging repertoire of performances from the more serious to the silly as both regal Queen Lillian and a lowly step-daughter, Julie has done it all both modern and mundane. So if you think this dame is tame then read on and discover the thoroughly modern Julie. END_OF_DOCUMENT_TOKEN_TO_BE_REPLACED

Stephen Lawrence has been gone for 20 years now yet his presence is still alive and kicking. Stabbed in Eltham at a South London bus stop in 1993 Stephen’s legacy has had an enormous impact on many pockets of society from the Lawrence family, the community, race relations with the Police and legislation thereafter. A memorial concert was held at London’s O2 venue this weekend in Stephen’s honour with many of the performers being either very young or not even a twinkle in their father’s eye when Stephen was murdered. That fact notwithstanding everyone gave their all in a night to remember.